The School of Chemistry in Rennes was founded in 1919 at the initiative of the Chamber of Commerce as part of the Polytechnic of Brittany, later the Polytechnic of the West. The first intake of engineers graduated in 1921, and went into metallurgy and mining as well as the food industry. The creation of the Rennes Institute of Chemistry resulted from a collaborative effort with the Faculty of Sciences which was to become the ICUR (Institute of Chemistry of the University of Rennes). 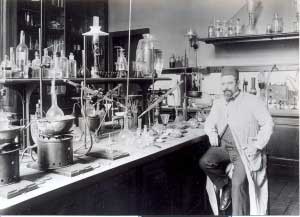 In 1959, the ICUR obtained authority to issue engineering degrees and rose to the status of a national higher engineering college (ENSI). In 1967, the ENSCR moved onto the Rennes Beaulieu campus in premises shared with the department of Chemistry of the IUT of Rennes, which prevented it from controlling its own development, and educational independence.

the school obtained the status of Public Administrative Body (EPA – article 43 of the law of 26 January 1984) attached to the University of Rennes 1 and governed by the decree of 14 March 1986. On the basis of favourable reports from the CTI and the recommendations of the Industrial Chemistry Society, the ENSCR successively obtained 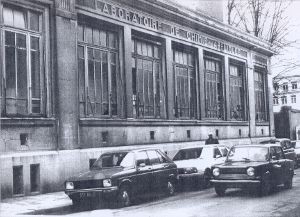 the staff and financial resources that enabled it to win its educational independence, to create and develop its research laboratories, to diversify its range of training by setting up in 1993 the Foundation Course (CPI) of the Gay-Lussac Federation and later the Chem.I.St. international foundation course from the autumn of 2002; to develop common services to sustain its assets and to encourage interaction between initial training and research, and thus the relationship between users, teachers and IATOS staff.

the ENSCR has been a founder member of the “European University of Brittany” higher education and research cluster. In 2008 and again in 2014, the ENSCR obtained the renewal for 6 years (maximum period) of its authority to issue engineering degrees by the Engineering Qualifications Committee (CTI). The engineering diploma is also recognised by EUR-ACE which means that the training given at the school meets the quality criteria recognised throughout Europe. The school is also jointly accredited to issue PhD degrees with the “Material Sciences” Doctoral school. 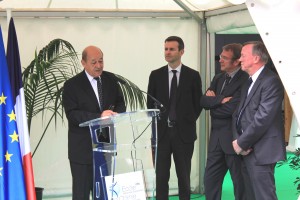 the ENSCR opened a new building, the Chemical Engineering Centre (PIC), in the presence of the Minister for Defence, Jean-Yves Le Drian, providing the region with a technological platform for development purposes.

The Institute of Chemistry founded at the University of Rennes (ICUR)

Accreditation by the CTI (Engineering degrees board)

Accredited to award the master’s degree in «Science and Technology», chemistry option

July 2015: ENSCR is ISO-certified 9001. This certification recognizes the efficiency and the quality of the training, the research and the general functioning of the school.

September 2015: obtaining of the label ” Health and Safety in the work “

In July, Régis Gautier is appointed director of the ENSCR. He succeeds Pierre Le Cloirec, who has been in charge of the school for 10 years.

In September, the ENSCR obtains the renewal for 3 years of the ISO 9001 certification.