Aller au contenu
A catalyst is a chemical used in a chemical reaction or which accelerates the speed of the reaction. Catalysis plays a central role in the modern Chemistry and can be found everywhere in the industrial production of components with enhanced benefits. We therefore find that 25% of manufactured products have undergone at least one catalytic stage (60% in the Chemistry of “plastics”). The challenges of catalysis include: making changes thought to be impracticable because they are kinetically too slow; developing these changes in fewer synthesis phases (saves time and money); activating inert molecules like some gases; increasing the selectivity of the reactions by encouraging the formation of a product.

Because of its industrial and economical importance, the development of new catalysts represent nowadays the most studied topic in chemistry research. Catalysis, be it heterogeneous (bulk or nanoparticles) or homogenous, mineral or organic (organo-metallic, coordination or molecular) or microbiologic (enzymatic), is one of the crucial keys in the development of a sustainable and green chemistry by favoring valorization of renewable resources of various origins (plants or animals) while allowing conversion to clean solvents. 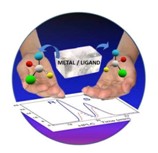 Increasing the knowledge of the mechanisms governing transformation with industrial catalysts in order to further optimization : approach combining synthesis, structural characterizations and theoretical and numerical modeling.

Modeling, intensification and industrialization of photocatalytic reactors. Upscaling validation of catalysts and photocatalysts.